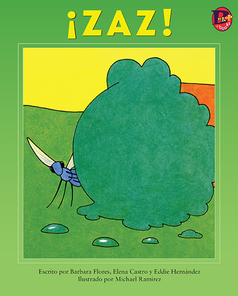 Read this book to find out what happens to a sly fly that annoys a boy.