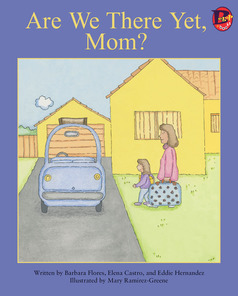 Are We There Yet?

Zoey and her mom are going on a long trip. Follow along as they travel from state to state.