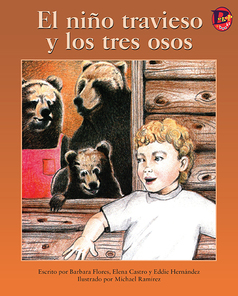 A naughty boy visits the house of three bears. What do you think will happen?

is a fine artist from Mexico. His work is part of an emerging artistic movement coming out of the heart of the Indian tradition in Mexico. He lives with his family in the beautiful village of Huitzo, outside the city of Oaxaca.