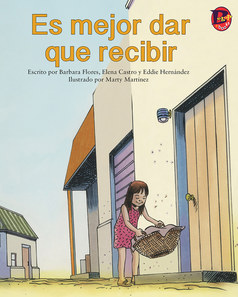 Read this story to learn what this saying means: "It is better to give than to receive."