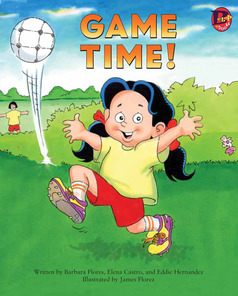 Dora and Dad are getting ready to play soccer. This book tells about the special things they need to wear to play the game.