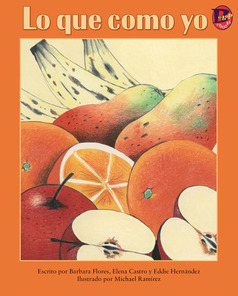 Read this book to find out what this boy eats so he will stay healthy.