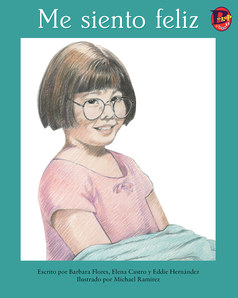 Many things make this girl feel happy. Read this book to find out what they are.