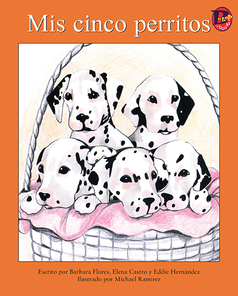 A girl has five puppies but ends up with only one. Read this fun rhyme to find out what happens.