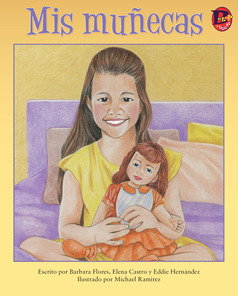 This girl has four little dolls. Read this book to find out what makes each one special.