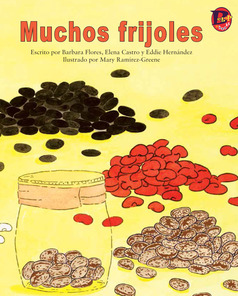 A group of children use dried beans to make instruments for a school concert.