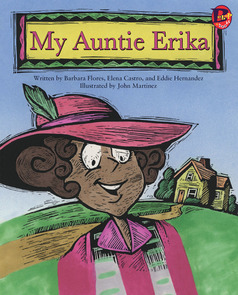 Auntie Erika has come to visit. Read this story to see all the fun things she does.