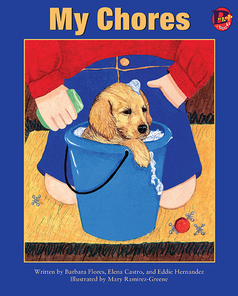 A boy helps his dad with many chores. This book tells you what they do together.