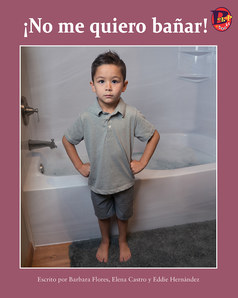 Diego doesn't like to take baths. Read this story to find out what happens to him.