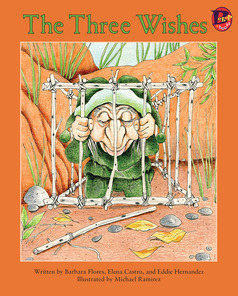 Read this story to find out what happens when a man makes wishes without thinking.