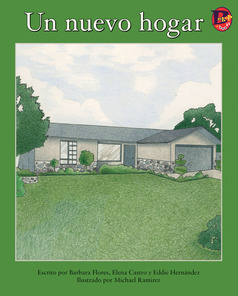 This girl is moving to a new home. This story tells you how she feels about the move.