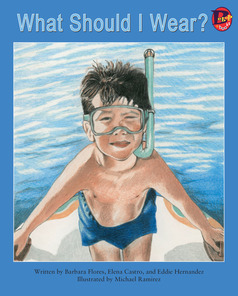 What Should I Wear?

What should this boy wear in different kinds of weather? The clues in this book will help you figure out the answers.