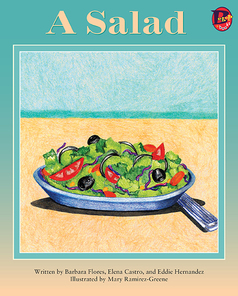 Do you like salad? This book shows you how to make a delicious salad. Mmmm!