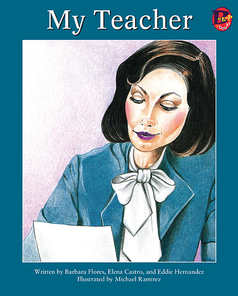 Read this book to find out all the things a girl’s teacher helps her learn.