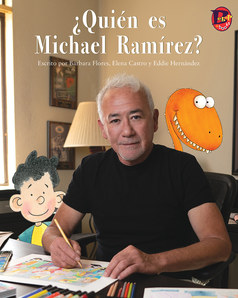 Read this book to find out who Michael Ramirez is and what he does.