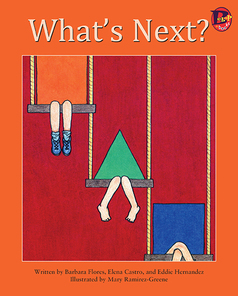 Here is a fun book about shapes and patterns. Can you guess what comes next?

Why don’t you try and see?