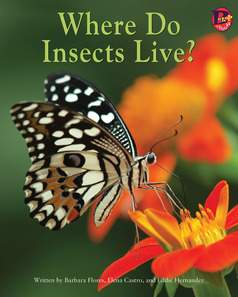 Where Do Insects Live?

There are thousands of insects in the world. Read this book to find out where some of them live.