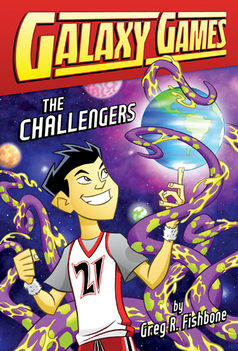 By Greg Fishbone
Illustrations by 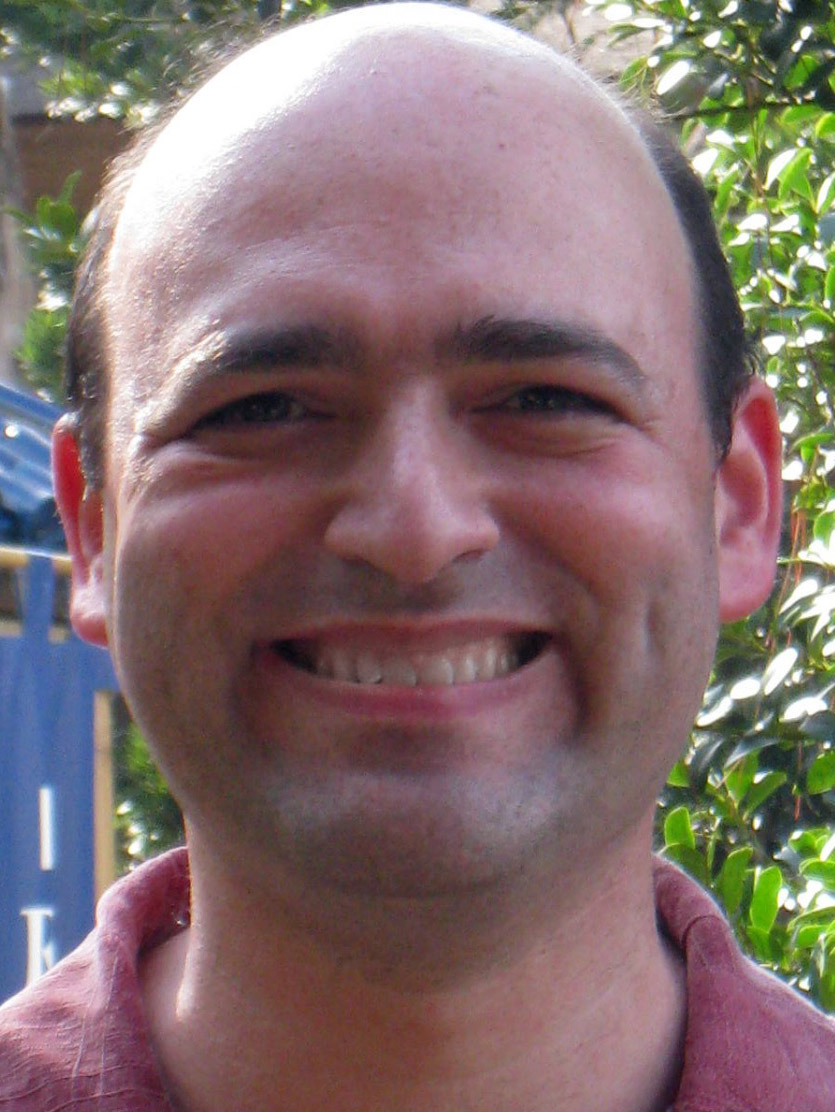 In Galaxy Games, 11-year-old Ty Sato gets a chance to compete in the biggest sporting event in the universe. In this BookTalk, author Greg R. Fishbone discusses Japanese culture and the appeal of aliens for middle-grade readers and older.

What inspired you to write Galaxy Games?

Greg R. Fishbone: My basic idea was to put the children of Earth up against children from other planets in the biggest and most important sports tournament of all time. That’s a series I would have loved to read myself when I was growing up, especially if it were packed with fun and adventure.

Why did you decide to make the children of each planet compete in the games, rather than adults?

GRF: I didn’t want the characters in my story to be playing a junior version of something else–I wanted them to be the big show that everyone else is watching. The in-story explanation is that the adults on some worlds don’t play games, but their children always do. Having a children’s tournament becomes the only possible way to open the competition to every planet in the galaxy.

How did your time in Japan impact your writing? In developing Ty and Daiki’s story? Were there specific resources about Japanese culture you used while writing?

GRF: I spent my first weeks in Tokyo noticing hundreds of tiny details that were just a little off from what I was used to, like the way pedestrians crossed the streets, the types of beverages sold in the vending machines, the attention signals on the train platforms, and things like that. I’d been expecting the big and obvious differences but the small ones really made an impact on me. That’s what I try to keep in mind when I’m writing.

What’s the cumulative effect of all those little differences? Daiki is Japanese and has grown up in Tokyo, while Tyler is Japanese American and lives in a small university town in Nevada. Where they live has definitely affected who they are.

The kids on the team are from all over the world. As a writer, how do you incorporate their cultural background into their personalities while avoiding stereotypes?

GRF: I think of the kids first as kids, with the universal issues that all kids face. What are their families like? What are their favorite subjects in school? What are their hobbies and interests? They’re mostly formed in my mind already before I add the impact of culture into the equation. If all goes well, that makes them individuals rather than stereotypes.

One of the most hilarious characters in Galaxy Games is El Gatito Grande. How did the idea for this character come to you?

GRF: I knew I wanted one of the characters to be a kid luchador so I immersed myself in research and came up with an idealized fighter, called El Tigre, who would be the most heroic, straight-laced, and competent representative of the luchador tradition. Then I gave him a young apprentice who’d be sure to really get on his nerves. The key to El Gatito’s personality is that he wants to be just like El Tigre and deludes himself into thinking he’s almost there.

The influence of manga is evident in Galaxy Games. Are you a manga fan? Since manga is a different way of storytelling, did you find it a challenge to maintain a “manga feel” for an American audience?

GRF: I acquired a huge collection of manga while I was living in Japan, but I had to leave it all behind when I came home. I haven’t read a whole lot of it since then, but manga has a way of sticking in your head.

Manga is different from Western comics in a lot of subtle ways. There's a different visual vocabulary, a different sense of pacing, and a different way of expressing emotion. So if you translate a manga into English and flip the pages to read left to right, it may still be a fun story but a lot of details and conventions won't be immediately accessible to a mainstream American audience. You have to keep the audience in mind to figure out how much manga flavoring you can get away with adding into a story.

Many kids will relate to the sports scenes in Galaxy Games. Did you have one particular basketball court where you could make a great shot growing up? Do you have one now?

GRF: Like Tyler, my family didn’t have a basketball hoop of our own, mostly because our driveway sloped downward at a thirty-degree angle, but I did have a friend with a basketball hoop. One year, a hurricane was tracking up the coast toward our hometown and all the adults were acting like it would be the end of all life as we knew it. My friend and I spent the day trying to make the craziest and most difficult shots we could, so we’d be able to go out on a high note. That’s what I had in mind when Tyler and his friend were facing a possible end of the world.

Galaxy Games is one of the debut titles in the Tu Books imprint. Why do you think it’s important to bring diverse settings and characters to fantasy, science fiction, and mystery?

GRF: Kids are looking to see themselves and their world reflected in the books they read. Unfortunately, genre fiction has traditionally underrepresented the diversity of America and the interconnectedness of our world. It’s not accurate or believable, especially in science fiction, which is meant to be always looking forward. That’s why I’m so psyched that Tu Books is helping to bring diverse worlds and characters to speculative fiction and mystery books for young readers.

Were you a big science fiction reader as a kid? If so, what were some of your favorite stories?

GRF: As a kid I was a big fan of Douglas Adams, Madeleine L’Engle, Ray Bradbury, Isaac Asimov, Frederic Brown, Piers Anthony, Robert Aspirin, J.R.R. Tolkein, Ellen Raskin, Ursula K. LeGuin, and Shel Silverstein. I read a lot of fantasy and science fiction, but I especially enjoyed stories where speculative fiction intersects with humor, as in The Hitchhiker’s Guide to the Galaxy, the Thieves’ World books, or Terry Pratchett’s Discworld series.

Do you believe in aliens?

GRF: Considering the size and age of the universe, there have to be more forms of intelligent life in the galaxy than just us and the dolphins. Or, okay, more than just us, the dolphins, the chimps, macaws, and certain breeds of dog. Oh, and elephants, too.

Can you give us a hint as to what adventures await Ty and his friends in the future?

GRF: In the next book, we’ll get to meet more members of the team and watch the Earth team travel into the galaxy for its first matches of the tournament. And a major character turns purple!