Killer of Enemies takes readers to the post-apocalyptic Southwest, where seventeen-year-old Apache hunter Lozen hunts monsters to ensure her family's survival. In this BookTalk, award-winning author and storyteller Joseph Bruchac shares his thoughts on writing Native American characters, the inspiration behind Killer of Enemies, and what superpower he would love to have.

Joseph Bruchac: Actually, there is technology in Killer of Enemies. Technology has been part of human culture since our ancient ancestors learned to use tools. In my novel it is only the most modern tech, that which has come to dominate modern society since the early 20th century, that is lost with the loss of electricity.

That said, surviving without electro-tech would be hard, if not impossible, for most people. I do think that I could survive without it because I have learned, from my earliest years, survival skills that are quite old and make use of the environment around me. The shelter building, fire-making, hunting, fishing, and gathering skills that I know would certainly help me to stay alive and, to some degree, to thrive. If, like Lozen I still had access to firearms, hunting would be much easier, but I also know many ways to hunt and harvest wild game without a gun.

However, that doesn't mean it would be easy. The tools of modern life mean we have lots of time when we do not have to be doing things such as foraging, fishing, hunting, gardening, even fire-making, gathering wood, and maintaining shelter. I'd have to spend most of my time at those pursuits and some times of year–such as winter–would be more challenging than others. And I would be wise to find a community of people who could work together to ensure our mutual survival.

I think the hardest tech for me to give up would be my computers, with their access to information, entertainment, and contact with other people.

How did you come up with the different personalities and quirks of the Ones (e.g. the Dreamer likes mirrors)?

JB: The personalities and quirks of the various Ones—such as the Dreamer—in my novel were a lot of fun for me to come up with. I could say that I just imagined them all, but in fact it was more than that. I love to observe people, and all I had to do in quite a few cases was just exaggerate some of the personalities of people that I know. For example, one of my publishers loves clocks. His house is full of them. And guess who in my novel was the beneficiary of an exaggerated version of his hobby?

Lozen has some very special powers that help her survive. If you could have any power (not necessarily one for survival), what would you want and why?

JB: The powers that Lozen has in the novel are based, to some degree, on the historical figure she is named after—Lozen, a late nineteenth century Chiricahua woman who was known for her bravery, her prowess in battle, and her ability to do such things as locate enemies and “see” things. 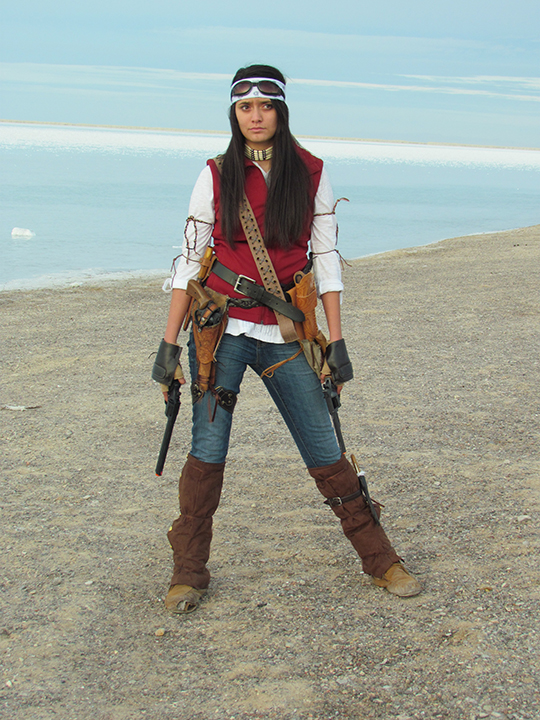 I do not think I would like to have Lozen’s ability to read minds. I think that could really be a disturbing thing to have to deal with. I also must admit that I am pretty satisfied with the powers that I do have. My personal physical strength is more than adequate and my imaginative powers are sometimes almost too much for me. Those powers of imagination sometimes keep me awake at night with ideas for things to write begging for me to get up and turn on my computer and release them.

I guess that, as far as any power I might like to have goes, I honestly can't think of anything I'd seriously wish for. Though it would be cool to be able to fly. Come to think of it, that is the one power that I often have in my favorite dreams. Okay—flying. Being able to levitate up into the sky all by myself and go anywhere? Cool. I'll take that.

Throughout the book, Lozen is helped out by her friend Hally. Is he based on a Native American legend?

JB: Hally is based on the widespread traditional stories told by virtually every American Indian nation of large, hairy, man-like beings. They are known by various names, such as Sasquatch in the Pacific Northwest. They are beings who appear in many of our old stories, are much like giant humans, and are very reclusive—though at times helpful to humans. (They are not like such characters as the Tsonakwa, the Chenoo, the Windigo, etc. which are portrayed as cannibal monsters that prey on humans.) Some crypto-zoologists have theorized that these large hairy man-apes are real survivors from prehistoric times of such early proto-human species as Gigantopithecus.

I have also heard many accounts from other Native American people about encounters—very recent ones—with these Sasquatch-type “people.” The title story in my book of short stories, Foot of the Mountain (Holy Cow Press) is told from the point of view of one of those beings.

Did the post-apocalyptic world of Killer of Enemies come to you all at once, or did you slowly develop it?

JB: The post-apocalyptic world of my novel is one that I've been thinking about for a long time. The theme of a world after the loss of much of our technology—usually after a nuclear war—has been around in sci-fi for decades and I've been reading and thinking about sci-fi since I was in my early teens. But what really helped me begin to develop this story was the combination of seeing the ways in which building technology into people has become more and more of a reality and the idea that then came to me about how those modified people would be affected if electricity (including circuits implanted into human bodies) suddenly stopped working. I then wondered how that might happen—aside from a war—and the idea of a cloud (which might itself be alive) drifting in from space came to me.

Lozen is based on a real woman from Apache history. How did you first learn about Lozen, and what about her story inspired you to create the heroine from Killer of Enemies?

JB: I first learned about the historical Lozen about forty years ago from a Jicarilla Apache elder who lived near me and was a great friend and teacher. His name was Swift Eagle and he originally came from New Mexico. 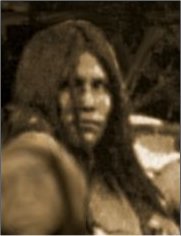 I began to learn even more about her during the trips I made to the Southwest—more than twenty times over the last three decades. And when I was doing research for a novel of mine called Geronimo (Scholastic, 2006), I did a lot of reading and other research that taught me a great deal about her.

There were certain aspects of her personal history and her overall character that appealed to me. The fact that she was a brave woman who worked tirelessly to defend her homeland and her people, the fact that she was deeply respected by her people—those things alone were very inspiring and helped in my creation of my character of Lozen in the novel. And, of course, being Chiricahua, my Lozen knows the story of her namesake and is herself inspired by it.

Killer of Enemies features a very strong and solitary heroine, and romance is not a major component of the story (unlike in many other current YA novels). Why did you decide to go this route?

JB: I have to admit that I find it a little disturbing that so many female characters in YA just cannot seem to exist without a romantic interest. Yes, romance is real and love is important and admirable. But I like the idea of a character who can stand on her own, rather than having to stand by her man. It has been my experience—as a man and as a Native American–that some of the strongest people I've known who have been friends and teachers have been independent women. Lozen is at least partially a reflection of those women and of the independence that many women should be celebrated for. In a great many (if not all) Native American communities—both past and present–women have been recognized as the heart and strength of the people. They are leaders and in many cases, the ones who choose the men who are leaders. They are not clinging vines just living for the time when they can finally be united with their guy (or vampire).

You are one of very few Native authors writing for young readers today. For readers who would like to find and support more Native authors, could you share with us a few of your favorites who you recommend?

JB: There are several other Native American writers whose work has already attracted some well-deserved critical attention. Two of them were already well-known for their work as award-winning writers for adult readers. They are:

LOUISE ERDRICH, who is Turtle Mountain Chippewa and the author of a series of novels for adult readers that include Love Medicine. A few years ago she began writing a series of four novels for younger readers that take place well over a century ago. The first of these, The Birchbark House, was published in 1999 and was a National Book Award Finalist.

SHERMAN ALEXIE, who is Spokane Indian, is both a novelist and a filmmaker, and the author of several acclaimed collections of short stories. His first novel for young adults, The Absolutely True Diary of a Part-Time Indian won the National Book Award in 2007.

A few  other talented and well-published Native American authors who are writing fiction for young people are:

CYNTHIA LEITICH SMITH, who is a member of the Muscogee Creek Nation, and has written a popular series of YA fantasy novels (including Tantalize) as well as such realistic YA novels featuring Native American characters as Rain Is Not My Indian Name.

TIM TINGLE, who is Choctaw, is a traditional storyteller, whose novelDanny Blackgoat, Navajo Prisoner was published in 2013 by 7th Generation Press.

GARY ROBINSON, who is Choctaw and Cherokee, a filmmaker and nonfiction author who has three recent novels for young readers from 7th Generation Press including Little Brother of War (2013), a modern novel about lacrosse.