By Karen Sandler
Illustrations by 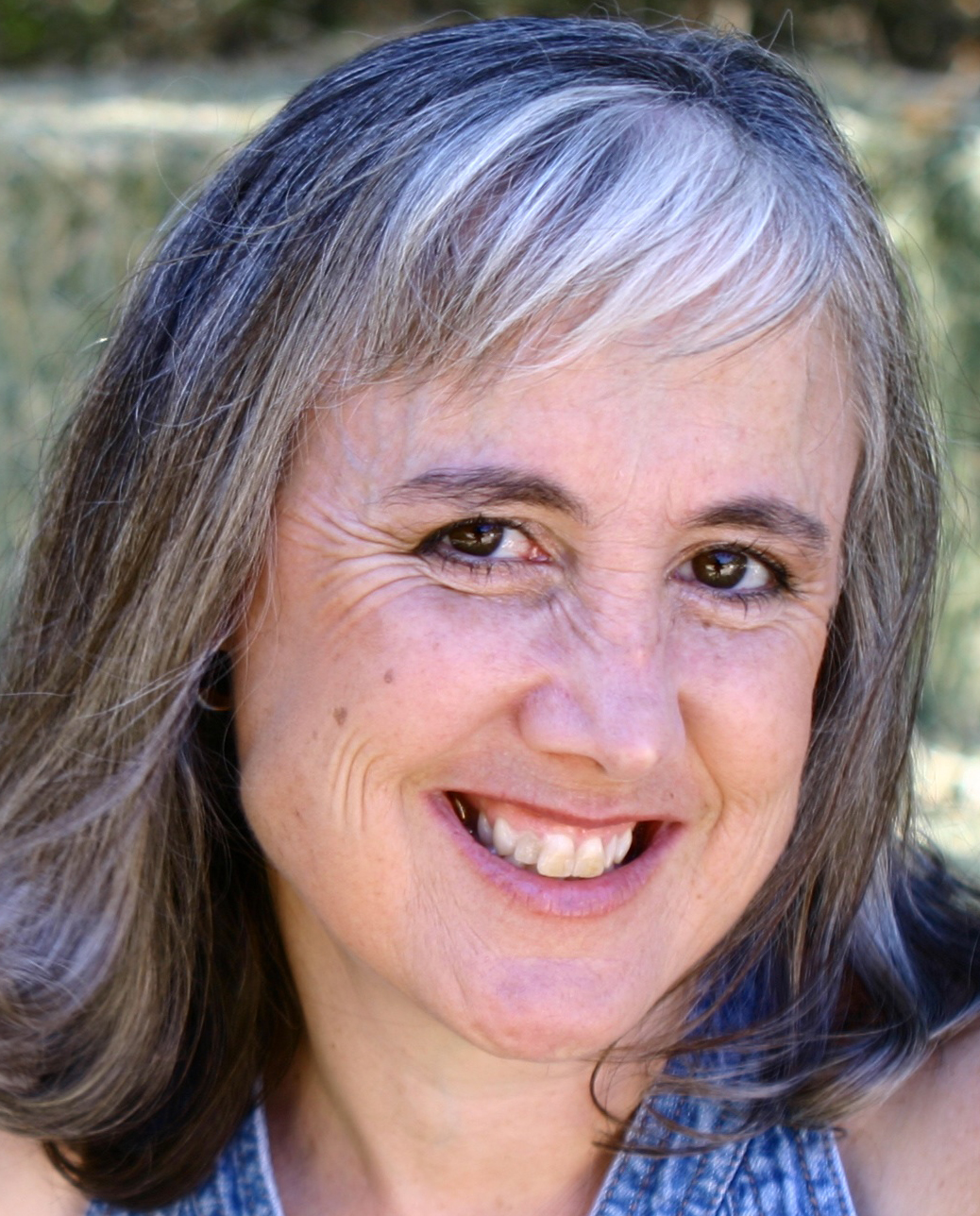 Tankborn is about best friends Kayla and Mishalla, Genetically Engineered Non-humans on the planet Loka, as they begin to question the strict caste system of their world. In this BookTalk, author Karen Sandler discusses what inspired the story of Tankborn, and questions of genetic engineering.

Tankborn began as a screenplay named ICER in the 1980s. Can you tell us a little bit about the process of transforming the story from screenplay to YA novel?

Karen Sandler: In the years since I originally wrote ICER, I’d tossed around the idea of novelizing it. When I started thinking about writing YA, my mind wandered back to ICER. How could I rewrite that storyline to make it work as a young adult novel? Obviously, the characters would need to be younger (they were in their 20s in the screenplay). I liked the idea of genetically engineered slaves (they were called gene-tricks, or jicks, in the script), but I pretty much jettisoned much of the rest of the plot and started fresh.

Some elements remained, but were transformed to fit the new story. Bio-norms became trueborns. Gene-tricks became GENs. In the script, bio-norms interfaced with jicks via jacks installed in the crook of a jick’s arm, not via tattoos. Devak (originally named Davik) was a jick in the script and he was the only character with a tattoo. The interactive tattoos on the face, Devak being a trueborn, the existence of the lowborns, the caste-like society, and the relocation to another planet were all deviations from the original story.

I figured since it was my creation, I could do anything I wanted with it. Writers have that freedom to cannibalize their work and “plagiarize” themselves. I’ll do some further “borrowing” from the original script for the Tankborn sequels.

When you began writing, whose story did you imagine first, Kayla’s or Mishalla’s?

KS: I first focused on Kayla’s story because she was my main character in ICER. Initially, Mishalla was not a character at all. She was just a name mentioned in passing in Kayla’s internal thoughts. It wasn’t until I’d gotten a little bit into the story that Mishalla popped up as a full-fledged character.

KS: I think the technology will get there for GENs to exist, but I would hope controls on society stop that endeavor from coming to fruition. I certainly wouldn’t want people created for the sole purpose of turning them into slaves!

I don’t think genetic engineering is innately bad. It has or will lead to cures for terrible diseases and syndromes, allowing people to live full lives when in the past they might have died. I also am not strictly opposed to genetically modified foods (ducking for cover as I say this). Nature mutates on its own, GM food could be thought of as just a forced, human engineered mutation. If GM food means people will be fed who might not have otherwise because crops can grow in areas they couldn’t before (e.g., in drought-plagued countries), I’m all for it. However, as a writer I can imagine genetic engineering being used for bad purposes by certain elements.

Dystopias are very popular in literature right now, particularly in YA. What do you think the appeal is?

KS: I think the popularity of dystopian fiction is a reflection of the difficulties our world is going through at the moment. A lot of people are out of work, countries are struggling economically, and on top of that wars, drought, and starvation are impacting many places in the world. While dystopian books aren’t only being read by teens, I think teens feel more strongly about the state of the world. They feel a certain sense of helplessness and some of them might be searching for a way they could make things better. When they read a dystopian story in which the main character fights back against oppression, they feel there is hope. Even in the horrific settings and situations in books like The Hunger Games, Delirium, and Unwind, someone just like them has stood up to what they saw as wrong. The triumph is mixed; it’s not necessarily happily ever after. But to at least some extent, the world has changed in a positive way, and there’s at least a shred of hope for the future.

Tankborn is set in a completely different world. What cultures influenced the world that you created? Why did you choose those cultures?

KS: Questions like this are sometimes difficult to answer because so much of the world-building is incremental. I didn’t have a clear idea of what Loka was at the beginning; it developed over time. The Indian and Roma cultures did get woven in early on, however.

I developed an interest in the Indian caste system back in the mid-70s (more on that below), and it fit nicely with my class-sensitive Lokan society.

The Roma influence that I used to create the lowborn segment of Lokan society came from my fascination with that culture and my love of Roma dance. I’m an enthusiastic international folk dancer. One of my favorite instructors is from Romania and teaches wonderful Roma dances.

As a side note, I just discovered on Wikipedia that the Romani originated in the Indian subcontinent.

Many of your previous books are romances. What similarities and differences did you find between writing romances and science fiction? Was there anything about the process of writing Tankborn that surprised you or was new to you?

KS: Every fiction book has a certain amount of world-building. If nothing else, the character’s personal world has to be created and described to the reader, even if the story is set in a well-known city like Los Angeles or New York City. In the case of many of my romances, they were set in fictional small towns that I had to invent.

I think what was most surprising in Tankborn was the complexity of the world I had to create. While writing a romance isn’t easy or quick (even the shorter category romances I was writing), their main focus is on the relationship between the hero and heroine. As a consequence, the external plots were less complex (I’m referring mainly to my category romances here) and less time-consuming to create than Tankborn’s story. That was a real surprise, since I’d been writing those shorter, more simply-plotted books for so long. However, the complexity of characterization was the same between romance and science fiction.

The caste system is a very important aspect of this book. Why did you choose to investigate this societal structure?

KS: I first learned about the caste system back in the mid-1970s when I worked on the Space Shuttle project with Dr. Azad Madni, who was originally from India. Azad told me stories of his life in India, about how the caste system worked, how his family was of the Brahmin class, and he showed me gorgeous photos of his wedding to his (non-Indian) wife. We remained friends for years and I’ve recently made contact with him again through the Internet. The idea of using the Indian caste system to structure Tankborn’s society came about fairly early on, in the first draft of the manuscript.

I did consider that China could have been a major force in the diaspora from Earth to Loka, considering that country’s growing influence. But I felt more of an affinity for India, thanks to Azad, and that was the direction I went. There is one Chinese character mentioned in Tankborn—Junjie. You’ll see more of him in the second and third books of the series.

Reading about the future can be a challenge for a modern audience in terms of language and setting. How did you handle the balance of creating a new world and helping your readers in this world relate to it?

KS: Having others read the book—my agent, my editor, Stacy Whitman, beta readers—helped to pinpoint where I’d overdone it on the science fiction language. I’ve really worked hard on minimizing the lingo in Tankborn to appeal to as broad an audience as possible. What’s tricky, of course, is that if I throw a new word out there and don’t explain it, readers can get frustrated. If I define every unfamiliar term as I use it, it can turn into a boring data dump. As much as possible, I tried to make the word’s contextual use explain what it means.

The thing is, people have different tolerances for futuristic terminology and slang. Some of the early reviews I’ve read tell me that quite clearly. Some reviews praise my use of SF lingo as being deft and right on, in others the reader was bogged down and frustrated. Keeping the language clear is something I’ll continue to strive toward in future books.

Tankborn is one of the debut titles in the Tu Books imprint. Why do you think it’s important to bring diverse settings and characters to fantasy, science fiction, and mystery?

KS: Frankly, I think diversity is important in all kinds of books. Although Tankborn is the first book I’ve written with POC as my main characters, I’ve made sure to include a diverse cast in nearly every other book I’ve written. It’s just seemed the most natural way for me to write a story.

So I think the Tu Books imprint’s focus on diversity in SF/F and mystery is fantastic. In SF/F in particular, I think it’s important for readers to see that diversity. Not to mention utilizing other cultures in speculative fiction provides the author with a rich and varied source of story material.

Is there anything you can tell us about what to look forward to in the rest of the Tankborn books?

KS: With her place in the Kinship secure, Kayla will continue to do their work of improving life for GENs and lowborns. But what she faced in Book 1 will seem like child’s play compared to her new obstacles in Books 2 & 3. She’ll have to do some real soul-searching about who she really is, how she feels about Devak, and whether working with the Kinship and trueborns is really where she belongs.