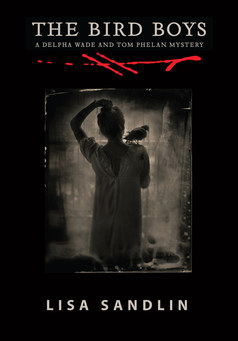 The new novel from award-winning author Lisa Sandlin catches up with the almost-murdered secretary Delpha Wade (The Do-Right, 2015, set in 1973) as she’s released from a hospital in order to be tucked into the back seat of a police cruiser. Her boss, P. I. Tom Phelan, sets out to spring her. He needs her back in his investigation business, where he’ll soon be chasing a skulking grand larcenist and plotting how to keep a ganjapreneur out of the grabby hands of a brand new agency, the D.E.A. Delpha digs through old records and knocks on strange doors to unravel the dangerous case of two brothers with beaucoup aliases--verifying that sometimes truth is not true, but murder is always murder.

Lisa Sandlin was born in Beaumont, Texas, and grew up in oil-refinery air, sixty miles from the Gulf of Mexico. She raised a son in Santa Fe, New Mexico, then taught writing at the University of Nebraska for twenty years. She has since returned to Santa Fe. The Do-Right—her first novel—won the 2015 Hammett Award from the IACW/NA and the Best First Private Eye Prize from the Seamus Awards.