The Art of Jay and Ben: Plunging into the Unknown to Reap the Greatest Reward 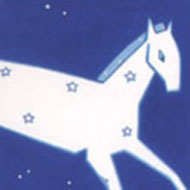 Creating the art for Jay and Ben taught me that when you loose all fear of delving into a different style, you not only acquire new knowledge, but emerge from the challenge highly satisfied. I once believed that a good illustrator had to develop a particular style for which she would become known by readers and sought after by publishers. Along the way I discovered that I didn’t really have a specific style that I wanted to hone that would define me as an artist. Rather, I rejoiced then, as I do now, in finding and providing the right approach for each manuscript.

As an illustrator, I like to read and reread an author’s manuscript, leaf through art books, and go to art exhibits until a vision emerges of the style I should use. I go through this process even when I myself am also the author. I have produced whimsical watercolors, realistic mixed media and oils, graphic linocuts, and folksy oil washes and collage. However, none of my previous 32 trade books prepared me for when I found the right approach for Jay and Ben, a book for an audience I had never illustrated for—autistic children.

At the start of the project, I learned from a survey of special educators, speech therapists, child psychologists, and behavior analysts what the characters should look like and what the pictures needed to accomplish. I had to paint pictures that would be very clear in telling much more than what was conveyed by the simple short sentences in the manuscript. Among other things, these pictures would help educators and parents teach daily life skills to these exceptional children. One specific request from these experts seemed particularly daunting: they all wanted the main character to be a child of nondescript age and race. How to achieve such a feat?

The answer came to me at Belgium’s Centre of Comic Strip Art , in Brussels. I had never been attracted to comic strips; my relationship to the art was limited to the Little Lulu comics I read as a child. However, as I walked through the exhibits at the Centre, the solution to my dilemma became clear. If I could create a highly stylized character like the ones I was seeing, the cartoon form would allow me to make him a bit ageless and less specific in terms of race.

Having had this revelation, I embarked on a journey to learn as much as I could from the professionals in the genre, for I felt utterly unprepared for the challenge. I pored over comic books and graphic novels at my local library. I searched Manga websites. Finally I purchased an invaluable book, Making Comics: Storytelling Secrets of Comics, Manga and Graphic Novels by Scott McCloud. I studied this title until I felt confident about plunging into the unknown.

I began by creating illustrations composed of sequential panels of pictures devoid of any text. Using black ink over bristol paper, I drew a heavier line for what I wanted my reader to see first. I made copies of the line drawings and applied quick color with gouaches. Then, I pasted the colored copies onto the book prototypes. In order to refine the product, educators field-tested these prototypes with more than twenty children who fell within the autism spectrum. The feedback was terrific. Of course, as expected, I ended up reworking some illustrations to gain further clarity.

Finally, I applied color in layers of acrylic paints to the revised line drawings. This became a time-consuming process since I had to avoid painting over the line! In the end, I was thrilled with the result. The line width is varied, the flat color is brilliant, consistent and, in places, richly textured. For the first time ever, I can say that there is no difference between the original art and the printed page. Most exhilarating is the knowledge that I have contributed to the creation of an interactive, high-quality book for an underserved population of children. That is the greatest reward.