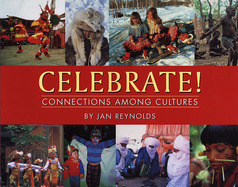 Jan Reynolds is an award-winning author and photographer whose work has appeared in numerous publications, including National Geographic, The New York Times and Outside magazine. All seven books in her Vanishing Cultures series of photo-essays for children were recognized as Notable Social Studies Trade Books for Young People. Reynolds is also an avid skier, mountain climber, and adventurer. She holds the world record for women's high-altitude skiing, was part of the first expedition to circumnavigate Mount Everest, and performed a solo crossing of the Himalaya. Here, she talks about her first published picture book, Celebrate! Connections Among Cultures. 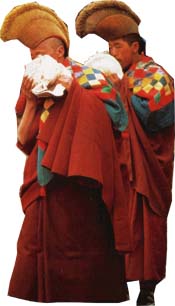 We know that you’re not just a traveler, but also an adventurer. What was the most exciting thing that ever happened to you during your travels?

I’d have to say that there were a few. Flying in a hot air balloon in an open wicker basket over giant Himalayan peaks that I had climbed in the brutal winter season, going hundreds of miles an hour, was pretty thrilling. We were flying in the jet stream, close to 30,000 feet high.

When I was trained to sky drive for flight, and jumped at 10,000 feet and fell to about 4,000 before I opened my parachute, that was pretty great too. We didn’t use a static line which is a chord that pulls your chute automatically when you jump out, so you never have to make a decision or free fall. I got to free fall for the better part of a minute, which means I got to fall through the sky before I opened my own parachute with a rip chord.

Leading a steep ice pitch on the peak next to Everest (called Pumori) with climbing experts behind me was a good pump up too. We were on our way to the summit. The temperature was about thirty below zero, and the wind was blowing at about fifty miles an hour. I could barely stand without being blown over. I had to lay into the wind, and it’s funny, I almost feel as if I was levitating.

Celebrate: Connections Among Cultures features many different cultures united under a common theme – celebrating! How did you get the idea for this book?

When I went to live with all these indigenous peoples, I planned to explore their ways of celebrating even before I left home. I wanted to learn more about what people around the world honor as sacred and important in their lives. That’s why I searched far and wide for indigenous tribes, as a way of walking back into the past. I wanted to learn about the basic ways of human expression, which come from within ourselves, not from the outside. Participating in rituals and celebrations gave me a window into human culture in a way nothing else could. Sharing with all these different groups of people allowed me the privilege of feeling—not just seeing—how similar we all are on a very intimate level, as one human family. I cry at weddings in every culture!

You traveled to many different countries to take the photographs for this book. How long did it take to put the whole project together?

Some of the photos in the book are from my first Himalayan trips, and some are recent photos from my hometown, so this would be a span of thirty years! But from the start of actually putting the book together, even though I had thought about it for years, to getting my first copy, was about two years. Gathering most of the cultural photos spanned about seven years. Editing through about 20,000 photos and writing the text took about one year. So the answer to this question depends on how you look at it!

Tell us about some of the research that you conducted for the book. Did you learn anything about these cultures that surprised you?

Much of my research happens when I come home from visiting a culture. I do research before I travel, but then I see and experience so many things during my foreign visits that I didn’t find in the books before I left. So I end up doing much deeper digging for focused information when I return. Because I have worked with and for National Geographic magazine, I have been able to connect with their top anthropologists, researchers, and educators for my articles, books and videos. What surprised me about researching these cultures was how at home I felt when I lived with them. As soon as I was where we had to haul water, light fires to cook, and sleep outside or in very simple structures, I felt like I was “home” again, regardless of culture. I felt like I had returned.

What were some of the challenges you faced in bringing this book to life?

The biggest challenge was what to leave out. I had so many photos of beautiful weddings, and heartfelt funerals, but I needed to stick with my overall theme. I sprinkled weddings and funerals throughout the book and did not give them separate categories. I also wanted to highlight the life cycle—that we are born, many of us marry, and have children, but again, I needed to keep the book focused so I didn’t set this material in a separate category either. I had to choose the photos that would work best in the book from a pool of 20,000 pictures. I also could write so much about each celebration that there would be no room for others! My editor Jennifer Fox had the tough job of helping me narrow it all down, but she was so good at doing this that I dedicated the book to her because she made the biggest challenge easier.

Have you had a chance to share the book with children yet? If so, what were their reactions?

I will be bringing the book into my son’s second grade class to show them the process of making a book. They will see the sample materials I received to check the progress of the book to make sure everything was coming together correctly. They will see the stacks of paper printed out, the emails between my editor and me, all the changes and different drafts of the text. They will also learn how I lay out all the slides in categories on my giant light table, and how I move the slides around like playing cards in a game, to get the right photos for the book. Hopefully they will all like the book. They will see that the book may look very simple, but will understand that there was a lot of complicated work that went into it making it look that way. This may help the students feel better about having to do second and third drafts of their own work.

What do you hope that readers will take away from this book?

I hope readers will come away with a feeling that we, as human beings, are so much alike. We do the same things—we laugh, cry, love our families, eat, drink, work, build homes, have friends, are born, marry, and die. Even the ways in which we celebrate are similar. If a celebration fairy could come out of the sky and grant me one wish, I would wish that everyone who reads this book would have eyes to see every person around the world as being just like him or her, and have a heart that knows we all share the same human experiences on Earth. I think we would treat each other much better if we truly saw each other and felt this way. This is what compassion is all about.

Where are you off to next in your travels?

I am writing a book about a boy living near an active volcano. I may need to go back to Costa Rica to do the finishing touches for the book. The surfing is great there too!

Jan Reynolds lives in Stowe, Vermont with her husband and their two sons.