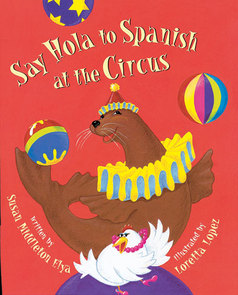 Say Hola to Spanish at the Circus